New pledges for the Armed Forces announced in Queen’s Speech

The Queen’s Speech prioritises both veterans and service personnel with a promise to further incorporate the Armed Forces Covenant in law. 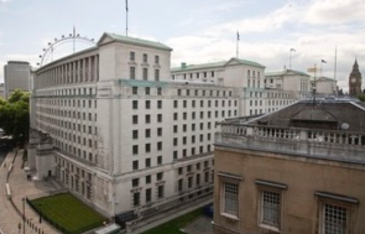 The Government has reaffirmed its solid commitment to protecting and supporting the armed forces in the Queen’s Speech.

The Queen’s Speech, which outlines legislative priorities for the next Parliamentary session, prioritises both veterans and serving personnel with a promise to further incorporate the Armed Forces Covenant in law, and bring forward proposals to tackle vexatious claims. The Government will also maintain its commitment to spend at least 2 per cent of GDP on defence every year of this Parliament and increase the defence budget by at least 0.5 per cent above inflation year on year.

The interests of the men and women of our armed forces are at the heart of this government. That is why we are continuing to invest above inflation every year to meet our NATO commitments.

Beyond this unwavering commitment, I’m pleased we will be bringing forward vital legislation that will help address the dogged pursuit of personnel and veterans from repeated investigations and prosecutions.

We’ll also further incorporate the Armed Forces Covenant into law. This will be essential to ensure we minimise any disadvantage faced by the military community because of the sacrifices they make for this country.

The Government is strongly opposed to our service personnel and veterans being subject to the threat of repeated investigations and potential prosecution arising from historical military operations many years after the events in question. Following a consultation earlier in the year on proposed legal protections, work is happening at a pace to respond.

The Armed Forces Covenant has mitigated disadvantage arising from Service for our armed forces and their families since its introduction. It is this government’s aim to build upon this great work, as such it will progress proposals to further incorporate the Covenant into law to mitigate any disadvantage faced by the armed forces community due to the unique nature of military service.

Other key commitments include:

You will remember there is mention of a Covenant in the VAB report on What is a Veteran?.  It will be worth keeping tabs on this as time progresses.