Today we acknowledge our long serving life member of the RNZNCA, Jim Blackburn, who 75 years ago was a young sailor serving in the Royal Navy off the Normandy Beaches supporting Operation Overlord.

Jim is the founding Member of the RNZNCA and has also been President for a good many years.  He was also the inaugural President of Philomel Senior Rates Fleet Mess and is currently the President of the HMNZS Otago Association.

Jim is a very well known veteran within the naval community who provides support in a number of ways to the Naval family.

Not many people know that Jim served on HMS Duchess of Fife a paddlewheel minesweeper during WW2.

Duchess of Fife began her passenger service on the Gourock to Dunoon and Rothesay routes. In May 1916 she was requisitioned by the Admiralty and converted to a minesweeper for the remainder of World War I with her name shortened to HMS Duchess, and was allocated the pendant number PP533, where she served in the North Sea. She was returned to her owner in April 1919 and from 1937 she undertook sailings from Wemyss Bay to Millport and Kilchattan Bay.

She was requisitioned once again in 1939 upon the outbreak of World War II, this time retaining her full name as HMS Duchess of Fife, pendant number J115. She was part of the 12th Minesweeping Flotilla, based at Harwich.

Duchess of Fife took part in “Operation Dynamo”, the Dunkirk evacuation, while under the command of Temporary Lieutenant J N Anderson of the Royal Naval Reserve. From 28 May, she undertook four crossings between Dunkirk and Ramsgate rescuing a total of 1,633 allied troops. Her final crossing was on 3 June with 300 French troops. She was later awarded a Royal Navy battle honour for her part in the operation.

She was refurbished by James Lamont & Co, Greenock, in 1945 and returned to civilian service. The last sailing of Duchess of Fife was on 6 June 1953, and she was sold for scrapping in September 1953[2] to Smith & Houston Ltd, Port Glasgow. 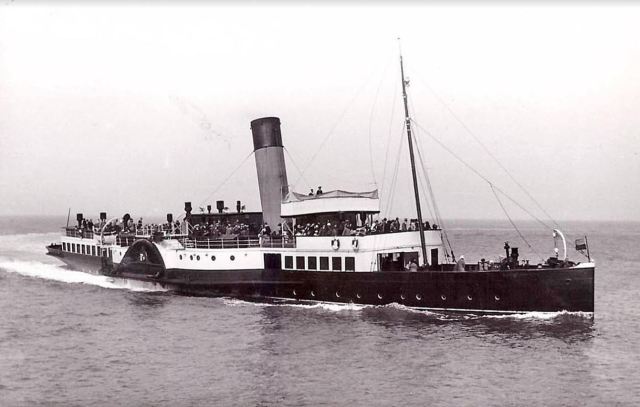 As a passenger ferry 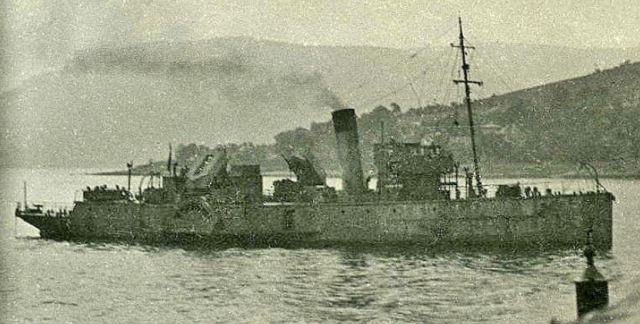 As a warship WWII

Jim was on watch when a squadron of German E Boats attacked and strafed the Duchess of Fife. I think there used to be a picture up at the Comms School of Jim coming out on to the upper deck, clutching a bag full of Confidential Books and material.

We all wish Jim a great day and recognise Jim’s many achievements.  Lets all in our own way “Splice the Mainbrace” and raise our glasses wherever we all might be.  Thanks to Jim D for a bit more Jim’s History.